6 of the Funniest Hacks Over the Years 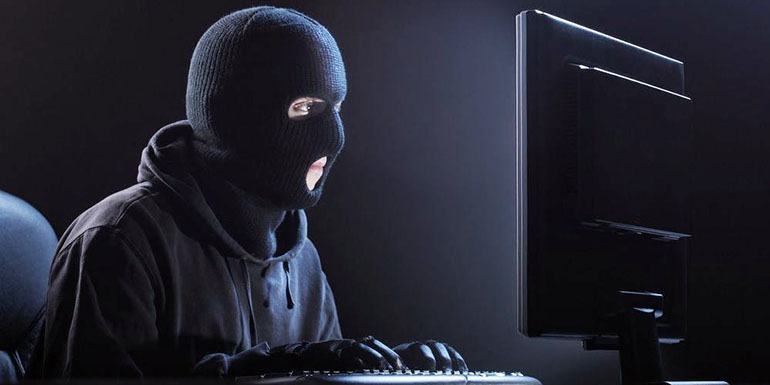 The word hacker doesn’t exactly conjure up a funny image in most people’s minds. That is especially true to the thousands of people that fall victim to these digital thieves. Hackers are thought of as hooded figures sitting in darkened basements with only the glow of their screens lighting their way. They spend hours rifling through other people’s data in the hopes of stealing money or outing personal secrets whenever they can.

Is this Perception Accurate?

Well, to be honest, not everything is known about hackers. For every hacker who’s arrested, there are tons who aren’t. Luckily, we know not all hackers fit the stereotype. They tend to come from all walks of life and of all ages. What is true is that hackers can be very intelligent, experienced and quick-witted.

This can result in horrible breaches of security – or comical situations that bring smiles to the unaffected. Mind you, accessing someone’s personal device or trying to sneak into government servers is a crime. But, if criminals are breaking the law, they may as well have a little fun while they’re at it!

Iran tunes in to AC/DC.

Back in 2012, Iran’s nuclear plant was hacked. According to reports, the Atomic Energy Organization of Iran (AEOI) was hit by a hack that bypassed their security and gained access of their VPN. Once inside, hackers switched off the systems – and randomly blasted AC/DC’s “Thunderstruck” from affected computers on full volume.

This one takes the cake.

In 2011, the British Secret Intelligence Service – more commonly known as MI6 (Thank you, James Bond) – decided they would have fun with a terrorist cell’s website. The online magazine was teaching people how to make bombs using kitchen ingredients, entitled “Make a Bomb in the Kitchen of Your Mom.” British intelligence agents replaced it instead with a cupcake-making guide entitled “The Best Cupcakes in America,” allegedly written by Ellen DeGeneres.

Where is Kong when you need him?

In 2014, pranksters in San Francisco hacked into electronic traffic signs and started warning motorists that their lives were in peril. The signs read, “Godzilla Attack – Turn Back!” Fortunately, no harm was done due to the panicked rush to get away from imminent danger.

When the big ones are hacked.

Hacking a random person can seem petty, but hacking a major computer systems company? That definitely carries more street cred (along with comedic irony.) That’s exactly what happened to Lenovo in 2015, when hackers defaced the company’s website, redirecting it to a slideshow of bored high-school teens while “Breaking Free” from High School Musical played in the background.

Anyone who clicked on the pictures was sent to the Twitter account of Lizard Squad, the hackers believed to be behind the attack and whose photos were used in the slideshow.

Before Brexit, there was Bean.

Not too long ago, Britain fully embraced the thought of a united Europe – so much so, they volunteered to have their number one comedian, Mr. Bean (Rowan Atkinson), as the next Prime Minister of Spain. A hacker thought the resemblance between the two was so uncanny, they could easily replace the Prime Minister with the actor and no one would know. The 2010 hack only lasted a few hours, but reaffirmed the long-running joke in Spain that Prime Minister Jose Luis Rodriguez Zapatero did in fact look like the bumbling comedian.

There are smart hacks, and there there are…

In 2008, Shahee Mirza, a young Bangladeshi college student, decided to take on the Rapid Action Battalion, his country’s elite police force. He defaced their website with a message asking the government to embrace (and not imprison) hackers, who could potentially teach the security forces better cyber security skills. He wrote, “…LISTEN, HACKERS R NOT CRIMINAL. THEY R 10 TIME BETTER THAN YOUR EXPERT.WE ARE GINIOUS (sic) THAN YOU CAN’T THINK…”

Of course, the “ginious” forgot to remove his full name and email address from the message, signing it, “HACKED BY SHAHEE_MIRZA.” He was soon caught and confessed to hacking 22 other government websites in his country.

Hacking is funny… NOT!

In the end, hacking is no joke. Though some hackers work to make a name for themselves by interjecting their illegal activity with bouts of wit or levity, it is still a serious subject – and a serious crime. Take all the precautions you can to ensure your data and website are safe at all times.